You said what? Ethics in Legal Negotiation

by Robin Doyle
Comments are off

“All’s fair in love and war,” or so the saying goes. What’s fair and ethical in negotiation? The attitude of some seems to support including negotiation with love and war. But, for lawyers, the Rules of Professional Conduct indicate otherwise. 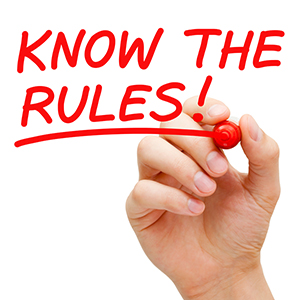 A recent case (names and some facts altered to protect mediation confidentiality) raises ethical questions for attorneys involved in difficult negotiations. John and Tim were partners in a mostly successful business for 18 years. John provided the money and strategic planning advice and Tim ran the day-to-day aspects of the business.

They got along well and never had a dispute about money, operations or anything else. They made enough to pay Tim’s salary and have a little left over to distribute to the partners at the end of each year. When John died suddenly, Tim continued to operate the business, changed banks and set up all accounts so that he had sole control. After all, he said, it was his hard work that had built up the company over the previous 18 years. Not surprisingly, John’s widow, Mona, filed suit claiming a 50% interest in the company.

After a year of contentious litigation (Tim and Mona hadn’t much liked each other before the lawsuit), Judge Smith ordered the parties to mediation. From the little discovery that had been done, Mona and her attorney knew that the bank accounts held $180,000 when Tim changed banks.

What they didn’t know was that during the year of litigation, the company had scored a really big account that provided $500,000 profits in the first year and promised even larger returns in the future. Attempting to avoid the cost of mediation, the two lawyers talk about the possibility of settlement. During their negotiations, Mona’s attorney demands $100,000 based primarily on the bank deposits.

Tim has told his attorney that he would like to get out of the litigation as quickly and cheaply as possible and if that means paying half of the company’s profits to date, he is prepared to do so. What can and should Tim’s attorney ethically say in response to the $100,000 offer?

“This company has never made much more than Tim’s salary and he can’t afford to pay you $100,000.”
Knowing that the company has made more than Tim’s salary in the past year and that the company can pay much more than the $100,000 because of recent profits, Tim’s attorney has misrepresented a material fact. That is prohibited by Rule 4-4.1which requires a lawyer to be truthful when dealing with others on a client’s behalf.

“We’ll write your client a check before we leave the building as long as she will sign a General Release.”
Nearly 30 years ago, the ABA considered whether the Model Rules should be amended to require disclosures to correct misapprehensions. That idea was rejected in favor of a “caveat emptor” approach. Generally, there is no ethical duty to disclose information to the other side in negotiations and there is certainly no prohibition against accepting an offer made by the other side. However, it may not be a good negotiating tactic.

“That would be over half of the money in the company at the time of John’s death and paying that would leave the company without enough capital to operate.”
Rule 4-4.1 requires a lawyer to be truthful when dealing with others on a client’s behalf. Does the rule require Tim’s attorney to disclose the $500,000? Generally, there is no affirmative duty to inform a party of relevant facts, but there are exceptions. Attorneys cannot make misrepresentations of material facts. Here the first fact recited “over half the money in the company at . . . death” is true, but the second fact is clearly false. To make that statement would be misleading and not allowed.

“It will be a cold day in hell before my client pays $100,000, but I will recommend that he pay $50,000.”
Knowing that Tim will pay more than $100,000, is this a violation of Rule 4-4.1? Not necessarily. In the comment to the Rule, it is clear that “puffing” is not covered by the rule. The “cold day in hell” comment sounds more like the hyperbole of negotiation, rather than a misrepresentation of a material fact.

“That would be over half of the money in the company at the time of John’s death, but I’ll see if something along those lines will work.”
Unlike the representation above, this is true and does not trigger an obligation to disclose additional information.

“What if I could get Tim to pay $90,000 and both parties simply release all claims so they could just “get on with their lives?”
Perhaps the cleanest response to the offer and perhaps the best negotiating tactic.

Lawyers are frequently in negotiation. Clients look to their lawyers to negotiate claims before or during litigation; to mediate a litigated case; or to guide them through the back and forth discussion of the terms of a proposed transaction. Whatever the scenario, the Rules of Professional Conduct govern a lawyer during the negotiation. An occasional review of the rules and ethical standards is not a bad idea.

If you are interested in hosting a lunch and learn seminar (1 hour of Ethics CLE credit) so that your attorneys are better prepared to successfully negotiate their case, click here learn more and schedule your presentation.

Click here to schedule your next mediation, arbitration or consultation with Robin Doyle or Daniel P. Herrick today.